By Columbia PrecastNovember 26, 2021 No Comments 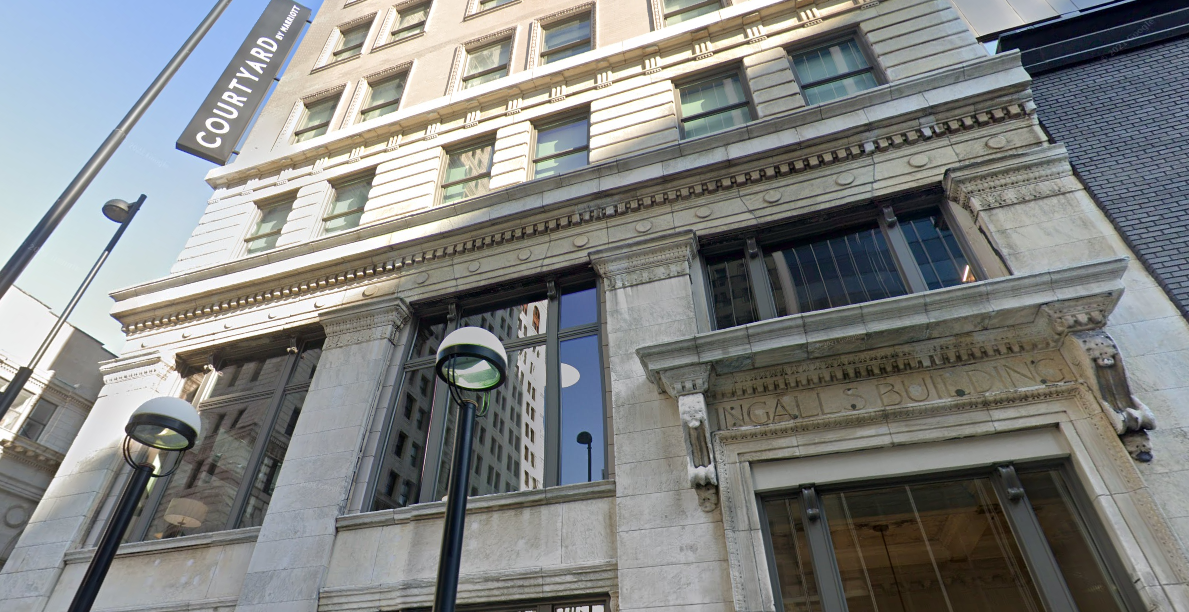 We’ve often touted the durability of precast concrete and the staying power of concrete structures themselves — for good reason. Concrete buildings and structures can quite literally last hundreds and even thousands of years.

And with concrete sustainability always on our minds, a recent news report caught our eye. The story: The world’s first reinforced concrete skyscraper has been re-developed into something new: a hotel.

As reported by Tom Demeropolis of the Cincinnati Business Courier, downtown Cincinnati’s historic Ingalls Building has been refashioned and reimagined as a Courtyard by Marriott.

“SREE Hotels LLC held its soft opening for Courtyard by Marriott in the Ingalls Building on July 2,” Demeropolis writes. “Originally built in 1903 as the world’s first reinforced concrete skyscraper, the building at 6 E. Fourth St. underwent a $25 million conversion from office space into a 126-room hotel.”

The Courier reports that the 16-story hotel is LEED gold certified. Much of the 118-year-old building’s original elements (it began life as a bank) were restored in the process.

“The lobby has an ornate ceiling and the fitness center uses the building’s bank vault as a weight lifting area,” writes Demeropolis. “A new, curved grand staircase was installed leading up to the second-floor restaurant called the Bistro.”

According to Demeropolis, the general contractor HGC Construction performed the conversion work. The new layout and designs were drafted by the architectural firm Luminaut.

For those of us who live in the modern world, a 16-story building may not seem like much of a skyscraper. But when the Ingalls Building was first constructed, it was considered to be a marvel of ingenuity and engineering. Its success led to a more general acceptance of high-rise buildings made out of concrete.

There was much skepticism in those early days regarding the feasibility of a concrete structure of such tremendous proportions. Critics were certain the building would collapse under its own weight. In fact, one newspaper reporter was so convinced the building would topple, he is said to have slept on the sidewalk across the street in order to be the first on the scene of the destruction.

And yet, the building still stands to this day — a testament to the strength and durability of the world’s most popular building material.

According to Luminaut, “This building has been identified on the National Register of Historic Places, and as part of this adaptive reuse conversion, has received recommendation from the Ohio State Historic Preservation Office and approval from National Park Service for the proposed Description of Rehabilitation. … The redesign maintains historical significance with original floors, ceilings elements, and bank vaults, integrating the historic architectural elements into the new interior design fabric while highlighting both the ‘old’ and the ‘new.’”